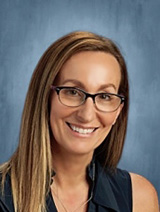 Tiffany became part of the Meadow community as a parent in 2014, and she joined the MMS staff in 2016.

A Florida native, Tiffany moved from the Gulf Coast to Monroe, Michigan in 1995.  She’s known as “Mom” to four pretty spectacular human beings, a surly mini-schnauzer, and a chronically overfed cat.

Tiffany Mason can be reached at tmason@meadowmontessori.org.